A Cancer and Aries match is what many astrologers would call a situation of opposites attract. But where these two zodiac signs have many differences, they also have many common traits as well that bodes well for a long term match. We have the Cardinal Water Sign of Cancer paired with the Cardinal Fire Sign of Aries. This means there is both a lot of emotion and action in this union. They are both born leaders, and both very creative and intuitive. Where they may butt heads rests in their leadership traits, they both like to be the boss! Turn taking on that front is all this match needs to be one that creates spark and love for many years to come. 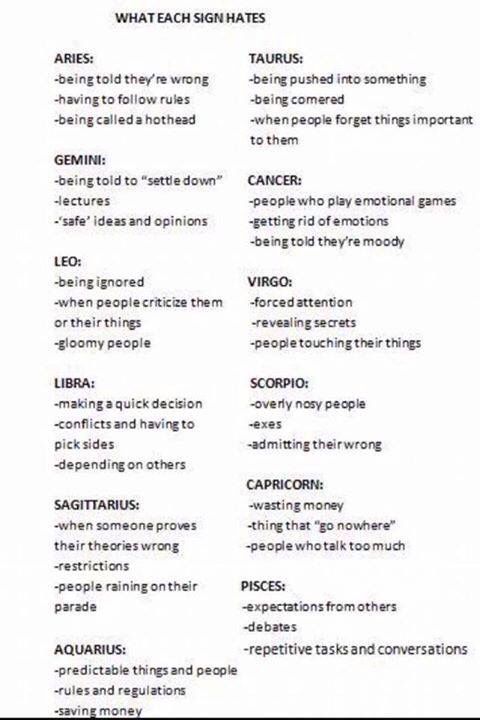 cancer and aries Compatibility - The Pros

In addition to both being Cardinal Signs, both Cancer and Aries are also very emotional, in their own unique ways. Where Cancer is sensitive and uses feeling words with almost every sentence, Aries is creative and passionate and excited about.. everything. This is going to make for an exciting match indeed, and both of these signs are extremely protective about each other as well. Neither will take it well when the other is injured by others, and so Cancer and Aries will also always have each other's backs. Aries will really appreciate how open and emotional Cancer is, and Aries will never have to guess what page Cancer is on. Aries will also love the home and family life that Cancer is able to provide and nurture through the years. Cancer will adore the energy level of Aries, and how driven and motivated they are in the world. Cancer will always be proud of their Aries, and won't mind when Aries needs the spotlight, most of the time.

cancer and aries Compatibility - The Cons

Although both Cancer and Aries are emotional zodiac signs, they both express their emotions very differently. When it comes to love, Aries has a tendency to bottle things up, and this could frustrate out in the open Cancer. On the other hand, Cancer's emotional side may appear a little too sensitive for Aries on occasion, and this could lead to some temper flareups. Cancer also has a tendency to use their emotions to manipulate, and this is not something that will make Aries happy. Both are also born leaders and they need to be the boss of their domains. This will lead to some butting of the heads, and both Cancer and Aries will need to learn the art of compromise. If anyone will need to bend more than the other, it will be Cancer, or there could be fireworks from fiery Aries. Cancer doesn't like to do that, so this could pose a problem if the match isn't committed to making it work.

There is a lot of leadership and strong personalities when Cancer and Aries match up. This is a great thing for both parties as the energy and desire to make things work is there on both counts. Both parties however will need to remember that one person can't be the boss all the time. The way to get past this is through compromise and cooperation. Turn taking in the leadership department will work well. As will both parties giving leadership over different domains in their relationship. In other words, if Cancer is the boss on the homefront and the domestic domain, maybe Cancer can give Aries the rein when it comes to activity and adventure planning and long stimulating conversations. When the pair works together, they will get things done by embracing their differences, and their commonalities!

You don’t have to be a musician to understand the magic that music can bring to our lives. Listening to the right song at a key moment in your life can have a transformative… Read Full Article »

When it comes to love and romance, in our field of work there are levels. It’s not that there is one level better than the other, it is that there are just… different levels.… Read Full Article »

With an Aries and Cancer match, what we have here is a Cardinal Fire Sign, Aries, with a Cardinal Water Sign, Cancer. There is a saying in the zodiac about how water has a tendency to squash out fire, and this could pose a problem for this match. Another very popular saying however is that when fire and water collide, a whole lot of steam is generated. Astrozone daily horoscopes. So this match has all of the signs of a steamy and passionate one, so long as both parties are able to put their egos aside, at least some of the time. Both signs are incredibly emotional, but Aries is in their fiery and passionate way, whereas Cancer wants to over analyze every feeling that comes their way. If they can find a way to work together on their emotional turbulence, this promises to be a steamy, and stimulating match indeed.

Are Cancer And Aries A Good Couple

aries and cancer Compatibility - The Pros

Aries loves just how sensitive Cancer is, and with Aries being the sign of self and Cancer being the sign of home, this pair will go to the end of the world to protect each other. Cancer has the tough shell of the crab to protect the world of Aries in, and the Aries will be Cancer's ultimate knight in shining armor. Cancer also wants just what Aries wants, a happy home life, and so Aries will never complain about the home center that Cancer putters to every single day. The instinct of the watery Cancer will also help Aries get as far as they want, and wherever they want in life, which of course Aries really loves.

aries and cancer Compatibility - The Cons

When this match fights, it is going to get ugly and there will be a lot of hurt feelings. Cancer is among the most sensitive signs of the zodiac, and has a tendency to take everything personally. They are also known for being stubborn, and often attack with their own pinches, so when Aries points something out they don't like, they had better put their armor on because it is going to sting for them too. No matter what. Aries will be the first to bail on this union as a result, if there is any bailing to be had. So Cancer really needs to be careful in how they manage their feelings in conflict. Cancer also is not nearly as independent as Aries, and this could wear Aries down a bit. If Cancer doesn't get the cherished feelings they want in love, Cancer also could be the first to bail, Aries take heed here.

The steam and the sparks that are the potential for this union is the element of this match that both sides need to focus on. The makeup sex will be as steamy as they want, if they both survive the battle that precedes it! Both of these signs are also Cardinal signs and also born leaders and initiators. Aries will never worry about who makes the first move, because Cancer is always right on that. In this pair, Cancer will be in charge of the emotional bliss of this union, and Aries will be in the lead when it comes to fighting off intruders and enemies. As both Cardinal signs though, they will need to take turns being the boss, and if both are willing to make this compromise, a long and happy life together is the likely outcome.'

The Dark Pixie Astrology: Mars in Gemini Influences, Based on Your Zodiac Sign

​Energetic, passionate Mars tours through the sign of Gemini March 31st – May 15th, 2019. As an Air sign, Gemini rules the mind; and the ideas you come up with and plans you… Read Full Article »

Astrology is a wonderful way to learn more about yourself and the world around you; but with so many factors, it can feel like an overwhelming subject for a beginner - or even for… Read Full Article »