Tamil Nadu will be going through Lok Sabha elections for 39 seats and by-elections for assembly’s 22 seats in the months of April-May 2019. This will be the first elections since last 4 decades when people of Tamil Nadu will be voting in a political vacuum created after the demise of AIADMK leader J. Jayalalithaa and DMK chief M. Karunanidhi. While Jayalalithaa did not allowed anyone to occupy the second position in her party but the DMK chief M.Karunanidhi had made the smart choice by grooming his son M.K. Stalin as his political heir. The Scorpio lagna horoscope of M.K. Stalin has a great Raja Yoga of Sun and Moon which would give him the post of chief minister of Tamil Nadu in the assembly elections of 2021. M.K. Stalin is also likely to lead DMK into a big win along with its alliance Congress in the majority of 39 Lok Sabha seats in Tamil Nadu.

AIADMK on the other hand is more concern to win by-elections as it is ruling with a wafer thin majority in the assembly. They need to win at least 10 assembly seats out of 22 in the by-elections which will be conducted with the Lok Sabha polls. The horoscope of Tamil Nadu chief minister K. Palaniswamy is not available. The horoscope of O. Panneerselvam, who is now second in command in AIADMK, is also not confirmed. But on the basis of Tamil Nadu’s foundation chart it looks like that somehow the ruling AIADMK will manage to get 10 or more seats in the by-elections to survive its fragile government in the assembly.

In the Tula lagna horoscope of Tamil Nadu the striking feature is an exchange of 4th lord Saturn with 11th lord Sun. The 4th house in mundane astrology signifies happiness of general public and farmers. The 11th house is the house of legislation and income of government through taxes. It is no surprise that Tamil Nadu has always been ranked high in the list of Indian states by Human Development Index. Tamil Nadu’s chief minister’s visionary leadership during 1954 to 1963 in developing the infrastructure and improving the quality of life of inhabitants had set the high standards of social development. Later M.Karunanidhi , M.G. Ramachandran and J. Jayalalithaa carried on the politics of social welfare which is often criticized as ‘freebies culture’ by many. The Dravidian parties made sure that every household has TV Set, women were lured with home-appliances, students were tempted with free bicycle, stationary, laptop etc. The cast politics and celebrity hero-worshiping is another prominent feature of Tamil Nadu politics. Venus as the lagna lord in Tamil Nadu foundation chart has made sure that film star are always welcome in politics. Karunanidhi, M.G. Ramachandran and Jayalalithaa have their roots into Tamil film industry. Now Kamal Hassan and Rajinikanth are trying their hand to find a foot hold in the state politics.

I had earlier made a successful prediction of Jayalalithaa’s winning Tamil Nadu Assembly Elections 2016 which was also published in Modern Astrology magazine and at the website of Hindi News Paper Navbharat Times. Later i had also hinted at the death of Karunanidhi and Jayalalithaa’s demise in my article ” The changing connotations of Tamil Nadu Politics”

The Ashtam Shani Gochar in the horoscope of Tamil Nadu with the Jupiter-Saturn dasha in Vimshottari during April 2016 to October 2018 had brought an enigmatic change in the politics of this state. The death of J.Jayalalithaa ( 5 December 2016) and later Karunanidhi’s illness was happen at the time when Saturn was transiting from Scorpio in the 8th house from the natal Moon of Tamil Nadu state which is in Aries. Jupiter-Saturn dasha was running then both in the 6/8 position has to give a major shock to the politics of this state. Now the Jupiter-Mercury dasha from October 2018 to January 2021 is not indicating the fall of current AIADMK government in Tamil Nadu. Mercury the sub period lord is comfortably placed in the 3rd house giving aspect to the 9th house. Until the transiting Saturn and Jupiter will come into Makar Rashi, at the 4th house of Tamil Nadu foundation chart, the AIADMK government will not face major setbacks in the state assembly.

But the Jupiter-Ketu dasha from January 2021 to December 2021 does indicate the change of government in Tamil Nadu which will happen during the assembly elections. DMK led by M.K. Stalin will then get back into power by winning the assembly polls in 2021 in Tamil Nadu. Saturn will be transiting over the natal lagna and 8th lord Venus at close degrees in Capricorn sign. Ketu the sub period lord is in the 12th house of change. In Navamsha the Jupiter is with 8th lord Moon and Ketu is in the 6th house under malefic influence. There will also be some violence during assembly elections in 2021 in Tamil Nadu.

Now see the Scorpio lagna horoscope of M.K. Stalin. He recently lost his father, who was 5 time chief minister of Tamil Nadu, M.Karunanidhi on 7 August 2018 when he was under the enigmatic Saturn-Venus-Saturn period from April 2018 to October 2018. See the lordship of Saturn here it is the lord of 3rd house which is 7th from the 9th house of father. Earlier in 2014 general elections his party DMK had lost badly when he was under Saturn-Mercury Dasha in Vimshottari. Both Saturn and Mercury are in 6/8 position from each other. The DMK was not been able to win a single seat in 2014 general elections which was its worst performance ever. Later in 2016 assembly elections DMK also lost badly when Stalin was running under Saturn-Venus-Venus period in Vimshottari.

Now Saturn-Venus-Ketu in Vimshottari will be running in the horoscope of Stalin during April-May 2019. Venus as the anter dasha lord is conjoined with 5th lord Jupiter. Ketu the sub-period lord is in the 9th house of luck. Ketu in Navamsa is with 11th lord Moon. So this time DMK is going to make a surprise comeback. They could win more number of seats than any party in the coming Lok Sabha elections in Tamil Nadu. In Chara Dasa the Pisces-Gemini period is running with Amatayakaraka Mars and Putrakaraka Mercury influencing both sign showing a grand success for Stalin. In year 2021 when assembly elections for Tamil Nadu will happen Stalin would be running under Saturn-Sun and Saturn-Moon in Vimshottari. Sun and Moon as the 10th and 9th lord for Scorpio lagan is the best Raja Yoga as per Sage Parashara. So there will be no surprise if M.K. Stalin will become the chief minister of Tamil Nadu in 2021. He will be the key leader in south in the alliance against Narendra Modi in years to come. Stalin has already declared that he accept Rahul Gandhi’s leadership as prime ministerial choice. Stalin has perhaps access the anti-Modi mood in the state and made the decision to alliance his party with Congress eyeing at the assembly elections of 2021.

The strong dasha of Saturn-Moon from May 2020 to December 2021 is clearly indicating the rise of M.K. Stalin as the chief minister of Tamil Nadu. Saturn is getting the aspects of Jupiter and Venus two benefic planets in Rashi chart. Moon is the strongest planet in Stalin’s horoscope as it is as the 9th lord in the 10th house getting the aspect of 10th lord Sun and 5th lord Jupiter which is a grand Raja Yoga. So don’t be surprise if you see Stalin winning comfortably despite the challenge from the entry of superstar like Rajinikanth who is perhaps the most popular film star in Tamil Nadu ever. Stalin has already consolidated his position by forming a strong alliance with Congress, left Parties, MDMK and other smaller parties in the state. Stalin is under the maha dasha of 3rd lord Saturn which shows the support from the alliances. Rajinikanth ( 13 December 1950, 00:05 hours at Bangalore, Karnataka) is yet to launch a political party for him to give a serious fight in the assembly elections in 2021. Notice here the position of Moon in the Navamsha and Dashamsha charts of Stalin. The dasha of Saturn-Moon can not disappoint him. M.K. Stalin is the future chief minister of Tamil Nadu as per the verdict of planets.

Tamil Nadu Assembly Election 2021 will take part in a single phase in 38 districts of Tamil Nadu. The Election Commission of India (ECI) announced the schedule for the upcoming assembly elections in Tamil Nadu, which will witness a contest between the Congress-DMK combine and Bharatiya Janata Party (BJP) and the AIADMK together.

Tamil Nadu Election 2021 voting will take place following strictly Covid-19 protocols. The number of polling booths has been increased to 92,000. The previous election for the Tamil Nadu assembly was held on May 16, 2016. Voters will cast votes at 2.7 lakh polling stations in Tamil Nadu, West Bengal, Kerala, Assam, and Puducherry.

The Election Commission of India announced the voting and counting dates for Tamil Nadu Legislative Assembly Election on February 26. Voters at the polling booths will be provided with gloves before the process of polling.

Which Party is ruling in Tamil Nadu 2020:

The All India Anna Dravida Munnetra Kazhagam (AIADMK) is the ruling party in Tamil Nadu 2020. 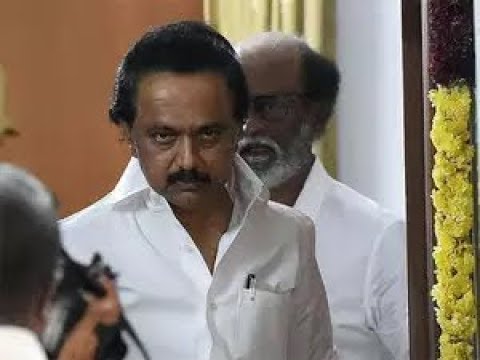 What is the cost of MLA in Tamil Nadu:

According to an AIADMK deliverance, the applications should be correctly filled and submitted during the period frame by paying a fee of Rs.15,000 for Tamil Nadu. Makkal Needhi Maiam (MNM) also fixed a price of Rs 25,000 for an MLA ticket which is non-refundable.

When did the last CM election happen in Tamil Nadu:

THE last CM election In Tamil Nadu happened in 2016 and AIADMK won, making Late Jayalalithaa CM of Tamil Nadu for the sixth time.

How many Constituencies are there in Tamil Nadu:

There are 234 constituencies in Tamil Nadu

Tamil Nadu Assembly Election 2021 Opinion Poll predicts that MK Stalin-led Dravida Munnetra Kazhagam (DMK) is expected to return to power in the state. While the DMK is expected to win 154-162, the ruling AIADMK may get around 60 seats in the 234 member assembly. Other parties including Kamal Hasan's Makkal Neethi Maiam, which is contesting the election for the first time, may win a few seats.

The counting of votes for election 2021 will take place on May 2 and the results will be announced.

Who Will Win Tamil Nadu Election 2021:

MK Stalin-led Dravida Munnetra Kazhagam (DMK) is expected to win in the state according to Opinion polls.

The survey states that Mk Stalin is most preferred as CM by the end of the Tamil Nadu election 2021. This may create some problems for the AIADMK-BJP alliance.

Political advisor of actor-turned-politician Rajinikanth, announced last year that their political party will fight on all 234 seats in the next Assembly elections in Tamil Nadu. According to astrology predictions, this could twist Tamil Nadu 2021 election results.

Tamil Nadu election of 2021 will take place in April