Welcome to Anime Maru’s newest feature, anime horoscopes. Each sign symbolizes different strengths and character. Find your sign below to find out what your anime fortune is. Is today your lucky day? (no, it’s not)

Aries
March 21 – April 19
Active, Demanding, Determined, Effective, Ambitious
Is there a more demanding ambitious character than Sakura? I think not. As an Aries you’ll find yourself gravitating toward more Shonen Ai shows. Don’t fight it, just let it happen.

Gemini
May 21 – June 20
Communication, Indecision, Inquisitive, Intelligent, Changeable
Gemini man, Gemini man, doing the things that a Gemini can. Is he in an anime? No not really. Shouldn’t be here, Gemini Man.

Leo
July 23 – August 22
Warmth, Generosity, Faithful
Ironic warmth, generosity, and faithfulness describe Rena pretty well. What they fail to mention is her homicidal tendencies. Remember to keep an eye out for KFCs as they may bring you good luck.

Virgo
August 23 – September 22
Analyzing, Practical, Reflective, Observation, Thoughtful
The director of Excel Saga himself. Much like Nabeshin you are a quite reflective person, totally not know for being a completely outlandish director. Please, please, stay away from Lupin related anime.

Libra
September 23 – October 22
Justice, Truth, Beauty
The qualities of justice, truth, and beauty fully encompass Jojo as the Libra that he is. Your next line is: that sounds vague enough that it could apply to anyone!

Scorpio
October 23 – November 21
Transient, Self-Willed, Purposeful, Unyielding
Scorpios are predatory arthropod signs They have eight legs and are easily recognised by the pair of grasping pedipalps and the narrow, segmented tail, often carried in a characteristic forward curve over the back, ending with a venomous stinger.

Sagittarius
November 22 – December 21
Philosophical, Motion, Experimentation, Optimism
As a Sagittarius you have the most syllables out of all the signs. This will not benefit or detriment you in any way. In fact it will have as much of an effect as an actual horoscope would, that is to say none at all. And also, yes he is dead, stop asking. 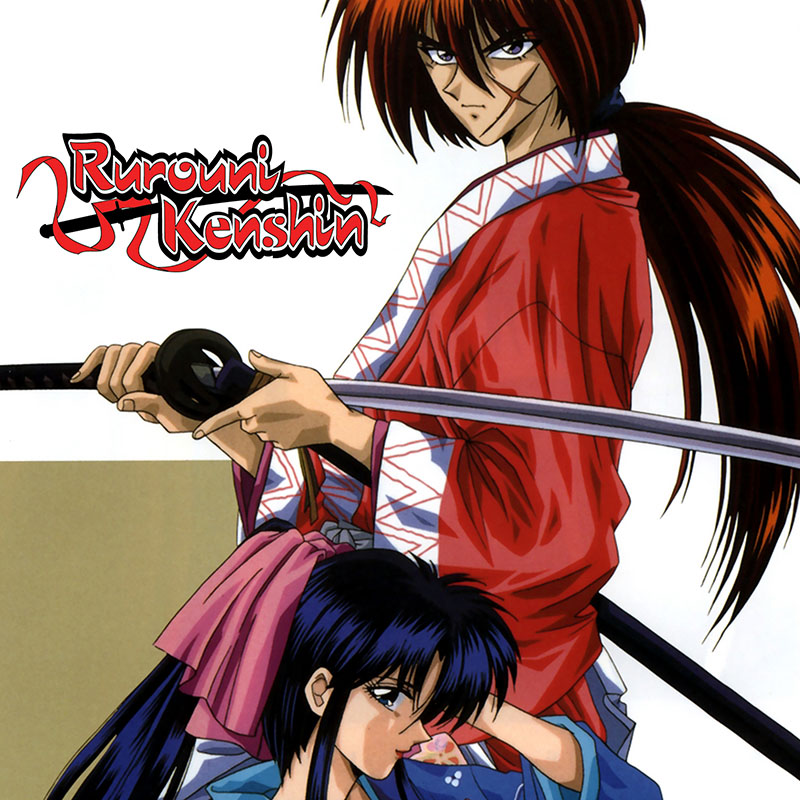 Capricorn
December 22 – January 19
Determination, Dominance, Persevering, Practical, Willful
As a capricorn you are blonde with red eyes. You spend your time hunting down Roa in every one of his incarnations. Try to stay away from anyone with glasses, or a maid outfit.

Pisces
February 19 – March 20
Fluctuation, Reactive, Indecisive
The greatest Kaiser known to space. I guess he was really Indecisive too? I mean, since Reinhard took charge and lead an entire empire, you wouldn’t really think he’s indecisive. But the sign says he’s an indecisive person so who am I to argue with it? There’s probably some explanation like he was born on a leap year or something.

Which Anime Character Do You Look Like? & Anime Kin Quiz 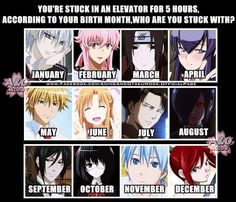 What Type of Anime Character Are You?

The experiences each character goes through; either human or from the other demonic world, all of them connects to your own experiences at some point. In this case, you might feel an urge to find an answe

Which Anime Character Do You Share a Personality With

All the anime characters have certain distinct features, and they are portrayed with certain look that goes along with their character. The beauty of anime is the way it has focused on each character's thoughts, and this helps you because you would have also gone through the same situations in life. So, in short; the connection between you and the anime character will help you find solutions to many of your problems.

The hair, the dressing style, the accessories, etc. all these give the characters a particular style in the anime. If you really want to know what anime character you look like, you should take your anime kin quiz right now!

Various characters can be a part of you. By taking this quiz, you will understand below:

So, after taking the anime kin test, you will know all about the connection between you and your favorite anime characters in the series.

What Anime Character Are You Based on Your Zodiac Sign

It's not just to having a similar look or a habit when it comes down to find out your anime personality. It might be simply more deep than all of that; Zodiac Signs.

Which Anime Character Are You?

Anime is not only enjoyed by kids, but it is equally or even more loved by adults. Because the situations which the anime characters go through are easily related to the adult life, as adults they have gone through these similar situations in their lives as in anime series. And thus, taking what anime character are you quiz is not only interesting to kids but all ages.

There are various types of characters in an anime series that can give you a wonderful feeling and the connection between you and the character can be something unique. There are also Red Flag anime characters which is another story. If you are truly an anime lover, then this anime character is the one that you surely have to go through to find out your anime kin and anime character. If you are looking for more quizzes, we have a anime quizzes category at your service!

This way, you will know exactly where your connection lies and also find out which character is the perfect choice for you. The whole idea of taking the quiz is to get to know how a certain character can affect you and your real-life situations. So take this anime quiz and find the anime character you are connected to. Do not forget to share on comments; Which anime character you are and who do you kin?